Oak Ridge, N.J. – July 12, 2016 – Lakeland Bank recently hosted a ceremony at its corporate headquarters office to honor employees who reached 10 years of service with the Bank. “Lakeland Bank thanks these colleagues for their long-term commitment to the Bank, and congratulates them for reaching their service anniversary milestone,” said Thomas J. Shara, President and CEO.

Kim Coleman – Assistant Treasurer, Senior BSA-Fraud Analyst, BSA-Fraud, Milton
Coleman began her career at the Bank in June 2006 as a BSA Analyst and was promoted to Senior BSA-Fraud Analyst in January 2014. She graduated from East Carolina University with a Bachelor of Science degree in economics. Coleman is a resident of Sussex County.
Linda Fau – Consumer Loan Processor, Loan Operations, Milton
Fau joined the Bank in 2006 as a Teller for the Vernon Office, transferred to Lafayette in 2007 and to the Loan Operations department in 2008 as a Consumer Loan Processor. Prior to Lakeland, she worked for Polify Savings and Loan Association. Fau has an AAS degree in fashion marketing and management from Berkeley College and is currently pursuing a bachelor’s degree in digital marketing through New England College of Business and Finance and expects to graduate in 2017. She is a Children’s Ministry Teacher at Calvary Chapel Orange County, N.Y., a Children’s Tent Volunteer for Creation Festivals and participates in the Habitat for Humanity Shore Project. Fau resides in Sussex County.
Charlene Gordon – Assistant Treasurer, Branch Operations Manager, Hackensack
Gordon joined the Bank in 2006 as Assistant Branch Manager for the Hackensack Office and transferred to Teaneck in 2007. She returned to Hackensack in 2009 and was promoted to her current position in 2013. Prior to Lakeland, she worked for Trust Company Bank of NJ and Hudson United Bank. Gordon graduated from Montclair State University with a bachelor’s degree in psychology and graduated from Rutgers State University Graduate School in May 2016. She has received multiple sales awards including Lakeland Bank’s Finest Award and CEO Award. Gordon is a resident of Passaic County.
Kim Ryan – Vice President, Branch Manager, Morristown
Ryan began her career with the Bank when she joined Somerset Hills Bank in 2006 as Branch Manager. She has worked in the banking industry since 1988, starting as a Teller at First Dewitt Savings and working her way up to her current position. Ryan is an active member of the Kiwanis Club of Morristown and assists regularly with feeding the homeless by preparing and serving dinner at Homeless Solutions. She resides in East Hanover. 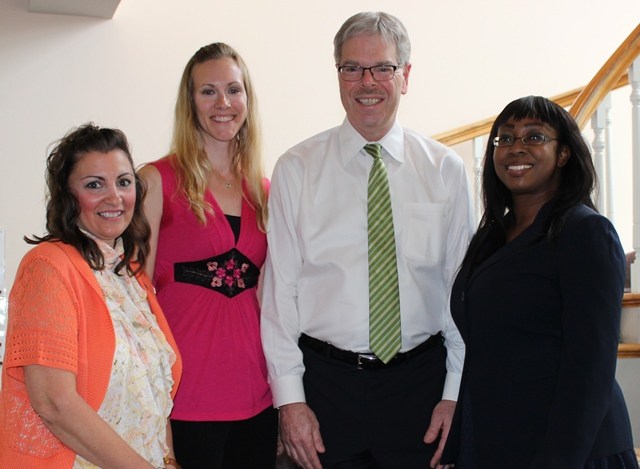