The eStatement Sweepstakes ran from April 3 through May 15 and encouraged customers to sign up to receive their monthly bank statements electronically in recognition of Earth Day. All customers who enrolled for eStatements during the Sweepstakes period were automatically entered for a chance to win an iPad® Air 2.

Peter Drake was the first winner of the eStatement Sweepstakes and Newfoundland Branch Manager Karen Sabyan and Branch Operations Manager Destiny Wolff were pleased to present Drake with a new iPad®. “He was very surprised that he won the tablet and said the first thing he was going to do was load all his photos,” said Sabyan.

Ariella Cianni, a customer of the Little Falls Branch, was the second winner of the Sweepstakes. Branch Operations Manager Dean Arfin and Teller Manager Emelia Aboagye presented the iPad® to Cianni who stated it was a welcome surprise since she was looking to replace her recently broken tablet.

The final winner of the Sweepstakes was Saint Catherine of Bologna Knights of Columbus. “The Knights recently signed up for eStatements to make managing their account easier,” said Ringwood Branch Operations Manager Eileen Furbush. She presented the iPad® Air 2 to Knights of Columbus members John Persico, Michael Scilingo and John Sumislaski. The group is planning to use the iPad® at their upcoming Car Show. 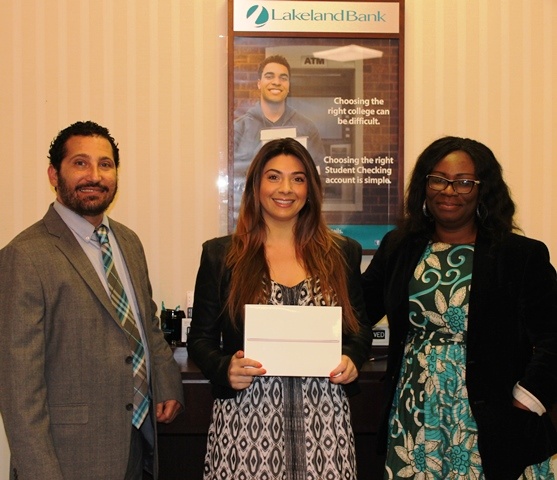